Casa/집 | Embassy of Portugal in Seoul

The Embassy of Portugal will host, between October 14th and November 12th, a collective exhibition of photography “Casa/집”, in the former Portuguese Cultural Center in Seoul.

The exhibition has as its central theme the experience of “home”, understood in the more literal sense as the place that we and our family inhabit and, in a less obvious but no less real sense, as “refuge” or shelter, i.e., the place or places we make our own through our daily experience and the memories and sentiments they inspire us. All the photos also illustrate different aspects of Portuguese reality, interpreted by a sensitivity that could only be Portuguese.
To tackle the challenge of showing us what makes a house a home, in Portugal, probably no one would be better suited than these six photographers, all of them members of ALT, an association of people who like photography and are brave enough to show it. With their different approaches to the subject, the scope of images on display is wide. But what their work also achieves, and credit is due to the fundamental role that José Luís Fabião has played in the coordination of the exhibition, is a surprising continuity and unity, not so easy to come across in collective exhibitions.

The Embassy benefited from the worthy collaboration of Hongik University, in the adaptation of the space necessary for the exhibition. With this exhibition, the Embassy of Portugal hopes to stimulate the cooperation between Portuguese and Korean photographers, introducing innovative approaches such as the one of ALT. This association – Associação de Criadores de Fotografia, is a non-commercial organization created in June 2009 with the main purpose of organizing cultural activities in the areas of photography and image. It appeared as a logical consequence of the ten year experience of the website “fotoalternativa.net”, a place where several photographers, professionals and amateurs, shared their photos and experiences. 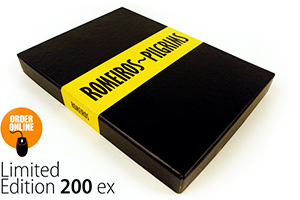